After we had thrown a surprise 90th birthday tea for my Mother, Ruth, at the Savoy Hotel, London in 1996, with her help I compiled a family tree and that started a few years of gathering together stories of our branch of the Lytle family.

My elder sister, Rosalind had organised the party and her boyfriend Mike Coleman was there as were Roger and I with our children, James and Claire.

Ruth  was so pleased to see her cousins’ daughters from Liverpool: Ruth Perry, Edna Lytle and  Jean Crane with her husband Fred and from Zimbabwe: her granddaughter Tracey Smith, and her husband Greig. Her niece Diana plus her daughter Melissa came too.

Ruth was so thrilled, that she began talking of shared experiences with them, and the very next day we sat down with a pad of paper and she was able to reel off names and dates, so that I could write a fairly full family tree for the Lytles (her Father’s family), The Cordons, the Busfields and the Sambrookes (her Mother’s relations), the Belfords and the Bestows (her in-laws). The history is littered with personal anecdotes, and little stories, dragged up from deep memories.

The following pages include notes taken directly from a history of her relations, written in a notebook by my Mother (Ruth Bestow nee Lytle) in 1973, and updated in 1990. She had a good memory for names and dates, and I have no reason to think her memory has failed her regarding many of the facts though I have changed some names and dates after consulting the national records. She did have a gap in her recall of her Father’s adoptive parents, I suspect that is because her Father was very reluctant to talk of them. She told me many stories during my childhood, of the family, and I have added some of those into the history, where appropriate.

All her notes are indented and in blue Italics.

Information about earlier Lytles living in Scotland and Ireland are from Edward Lytle’s researches in the 1970’s. 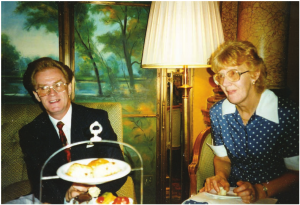 I am indebted to Fred and Jean Crane (granddaughter of Edward Arthur Lytle), living in Florida, for all their considerable research of Census Forms from the 19th and 20th Centuries and from the passenger lists of ships, and other official documents. They trawled their own family archives and sent me photos of people and places to augment the history. All this Fred forwarded to me, across the miles. He encouraged me to do my own searches, and these have proved really enlightening, and exciting. Fred has contributed a huge amount of data on the Lytle family, and I cannot thank him enough. His additional researches have padded out Ruth’s original family history enormously.

If, however, anyone does have further information on the Lytle family, please do use the Contact page to let me know.

I do have information on the Viking Lytles, who travelled to Britain and Ireland 1,000 – 1,300 years ago, and I hope to add this to the website, when I have done some further research.

[NOTE: Notes shown thus have been added after the book was published.]